Hello!
Hi everybody, here we are in mid-late January with a HUGE BIG UPDATE for y'all! It's been awhile since I updated this website, so this is going to be quite a news dump, as they say. As you probably know if you've been keeping up to any extent on us, we've been playing all the time. All. The. Time. It rules! And we're not about to let our foot off the pedal. Check out the massively updated SHOWS section on the right to see when we're next to be heading your way.

Live Album:
First big item: we're recording a live album! We'll be recording it at our Grumpy's DT residency in February. A little more info... Over the years, we've played a number of songs from older bands of mine (Used Kids, Radio Faces, even Modern Machines), as well as had a certain number of songs by other artists and bands creep into our setlists on the semi-regular. We'd never put any of these on a studio album. But we feel like there should be a Blue Diamond Band version of this batch of tunes, too. We've decided therefore that these songs - since they are currently only performed live - should be the foundation of a live record, a high-quality, high-energy live LP/full-length.

Grumpy's Residency:
And as the title of this update says, we're doing a residency at downtown Grumpy's in Minneapolis all February long. Every Saturday night, we'll be playing two sets, along with some special guest bands from around the way who we love rockin' with. Check out the SHOWS section for the details.

Live Band Karaoke:
On the third Saturday of February - the 21st - we will be reviving Live Band Karaoke (hosted by D.J. Sinclair!), so get ready to sing, dance, and party - with the Blue Diamond Band as your backing band! Here's how it works, if you are unfamiliar:
1. You pick two or three songs that you might like to sing, and email them to natopaisano@gmail.com. We recommend picking songs that you might not be able to sing at a "regular" karaoke night. Past examples would be the Dead Milkmen, the Hulk Hogan Theme Song, the Ramones, NOFX, that sort of thing. Oh, and be sure to specify if you need to sing earlier or later in the night, as there will be two sets.
2. Once we get your requests, we'll pick the one that best suits this format, and we'll let you know which one we'll learn for ya.
3. Then, when it's Live Band Karaoke night, just come on down and wait for your name to be called, because...
4. When your name is called, come up to the stage area, join Nato Coles & the Blue Diamond Band, grab a microphone, and sing your request while we perform the song live!
It's always awesome, trust me. This is the fourth or fifth time we've done this. We also have a number of covers that we just know, and these will be posted all around the room on the night of February 21st. If you want to sing one of these, let D.J. Sinclair know. Even if you made a request via email, we might be able to get you a second song for the night, if you pick it off the list!

More:
The future is here. Follow Nato Coles on Twitter! @NatoColes. We're still writing new songs, learning them, bashing them into decent shape... another proper album is definitely in the works, though not until after our planned live LP. No major tours until late spring, but plenty of regional weekend stuff is coming up. Keep checking this website! I'll update the SHOWS section regularly. We do have one more piece of big news to announce in not-so-long from now, but at the moment I'm going to keep it under wraps.

Also, some of you might recall the photo of Taylor Swift in the December issue of Lucky Magazine in which Promises To Deliver is visible, photobombing the scene? 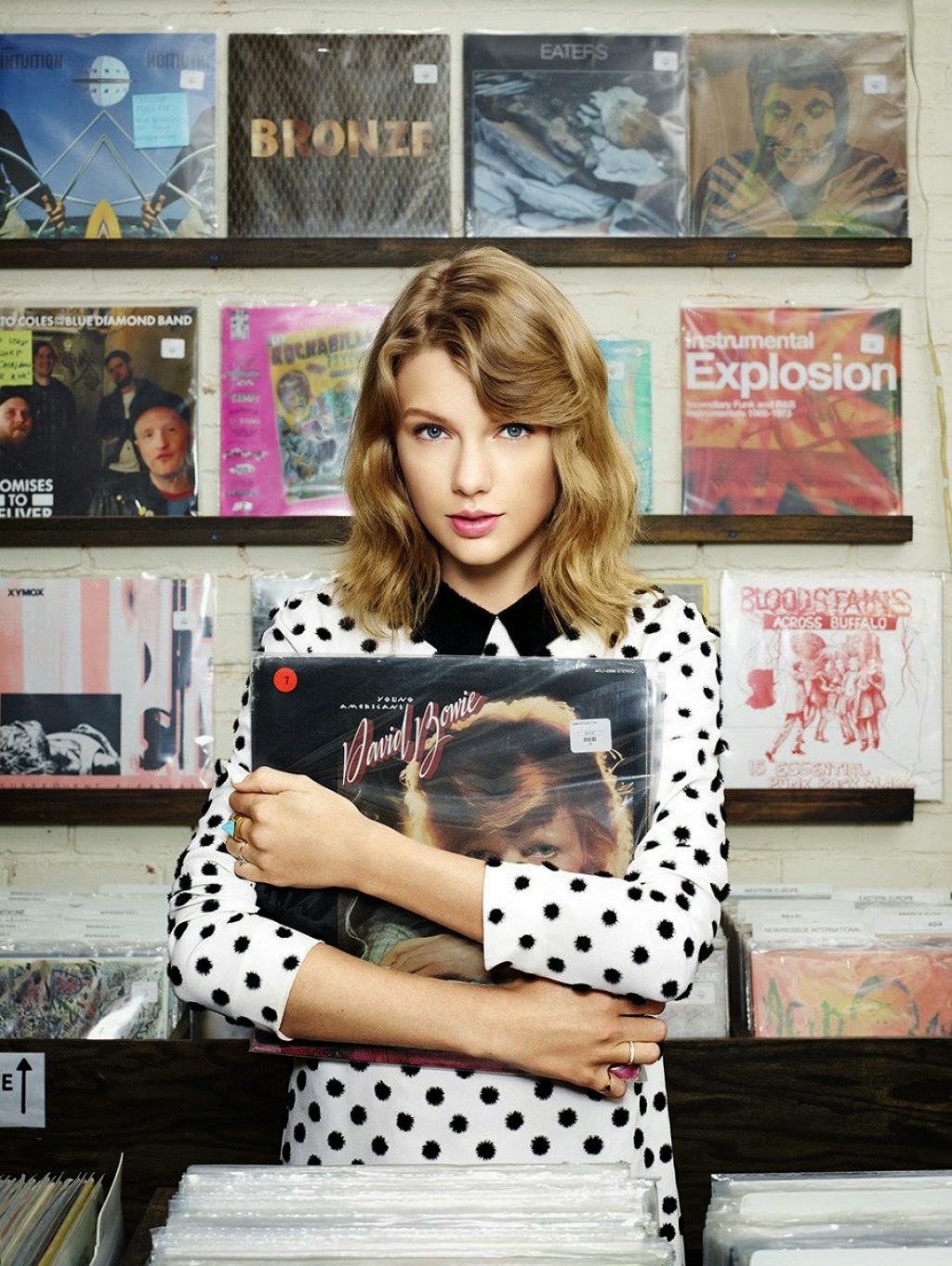 Again, this was a real photo. It was taken at Co-Op 87 Records in Brooklyn. Well, I finally got around to a proper response. So, here ya go! And stay tuned, because 2015 is going to be a very exciting year for Blue Diamond Land! 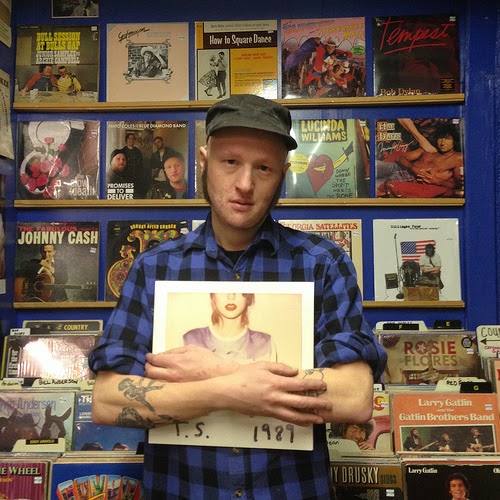