We Voted For Camacho

Good afternoon, Blue Diamond Land! It's been a slow news month for us, as the insanity of Gainesville Fest has now given way to a rather quiet few months ahead of us (that is, until our Grumpy's residency in February... sound familiar?). Still, I thought I should write an update here, just so that the dust on my keyboard doesn't get too comfortable.

Although available at our merch table now for some time, it's official: Live At Grumpy's will be available on LP and for digital download from ADD Records on Friday December 2nd. As you are maybe aware, Rum Bar Records has had the album available for mailorder on CD for a little while now. As of December 2nd, Live At Grumpy's will also be available on Spotify, iTunes, and other such places, and for download. Get ready, folks! Hey, pre-order it on LP from ADD if that's your thing. Rum Bar Records has it on CDs. Cheers!

And check out some new shows listed. If you're in the Twin Cities, let me tell ya: New Year's Eve at the Hexagon is going to be a BLAST!

Do you have this shirt yet? 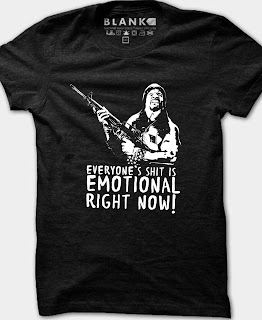 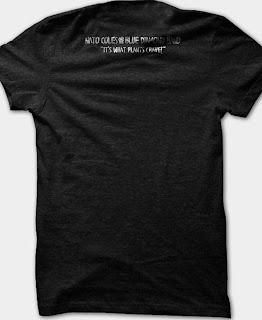 NATO COLES AND THE BLUE DIAMOND BAND - IT'S WHAT PLANTS CRAVE.

They're available via primitive mail-order for $15 ppd in the USA, $25 overseas! Email natopaisano@gmail.com with your requested size (all t-shirts are black and white), and if two different sizes both work for you, let us know that too. Supply is limited! We think these are particularly appropriate right now, considering world affairs.

And as always, keep checking out our upcoming shows. As I mentioned, we're playing a wonderful New Year's Eve party this year at the Hexagon Bar in Minneapolis - it's a benefit for Planned Parenthood, and also Midwest Animal Rescue Services (MARS). There won't be any longer road trips until late winter, but come Spring 2017, look out for the BDB on the road again!

EDITORIAL TIME with Nato Coles (this is not music related, so I wouldn't call it 'required reading', but forge on if you like...):

And as for the Presidential Election... Don't blame us - we voted for Camacho.

Honestly, folks, things look really disturbing right now. The people that President-elect Trump is bringing in to work for him run the gamut from "George W. Bush administration drone-strikes-and-waterboarding-level scary" to "holy hell what is an actual white nationalist who has the vocal support of the American Nazi Party and KKK among others doing advising an American president???" And who will be appointed to the Supreme Court? I think you know the answer. So. Good people need to stand together, and look out for each other. That especially means looking out for people in more precarious positions than, say, a friendly white dude in his 30's who enjoys playing rock'n'roll music while wearing sleeveless button-down shirts (ahem). Perhaps especially at this moment, help keep your immigrant friends safe, and your friends who are under attack because of their faith, or that of their parents. Help defend women's health and reproductive rights. Help fight for criminal justice reform. Black lives matter, as do the lives of those in all communities most likely to suffer unjust violence at the hands of law enforcement. Help keep each other safe. We're all in this together.

I see water cannons used in sub-zero temperatures against protestors in North Dakota. Anybody who doesn't understand how inhuman that is should seek therapy immediately. Somewhere in hell (which doesn't exist, but makes for a good image), Bull Connor is smiling.

So we must fight back! Fight back against hate speech and acts. Push back against war. Against divisive identity politics. Get involved in local activism, of any progressive kind. For a higher minimum wage. Against that which would damage the environment. We need good people right now! Are you one? Then get involved! Despite the result, and whatever you thought of her, Hillary Clinton received a ton more votes than Donald Trump. What that says to me is that there are more of us than there are of them. And on the Trump side, while many people who voted for him are not racists, but misguided and fooled by a wealthy con artist, there is a malignancy within that constituency who must be faced down. They may call themselves the "alt-right" but don't be fooled - they are white nationalists, white supremacists, maybe even neo-nazis. I'm not going to be using the term "alt-right" - except to explain how it's a bullshit term that people shouldn't use, because using it normalizes hate and division.

Sam Beer and I like to talk about how we would hope for something we call "the Star Trek Future". That's a future where all humanity comes together and works toward the common good. There are different cultures, different races (within the larger human race - not talking about Klingons and Vulcans here), but all pull in the same direction and all prosper more as a result. In hindsight, when we were on tour and the so-called Brexit vote went in favor of the United Kingdom leaving the European Union, we all should have been much more worried than we were at the time - and we were worried then! Pulling back from the world, with Trump's plans for walls and trade wars - if those plans are anything like what came out of his mouth and from his twitterthumbs while he was campaigning - is the EXACT OPPOSITE of what would build the Star Trek Future that your favorite smokin' hot lead guitar player and yours truly are wishing for.

There's a reason why I say "be excellent to each other" at the end of every Blue Diamond Band show. It's not just a good line from a classic movie. It's because we mean it, and we believe that people CAN be excellent to each other! So please: be excellent to each other. Stand together. We'll keep playing our rock'n'roll music, trying to make the world sound better and more glorious, three or four minutes at a time, and doing what we can to keep the soundtrack bumpin'. We hope to see you at our benefit show on New Year's Eve in Minneapolis at the Hexagon Bar. Thank you for being fans and friends. We love you all.